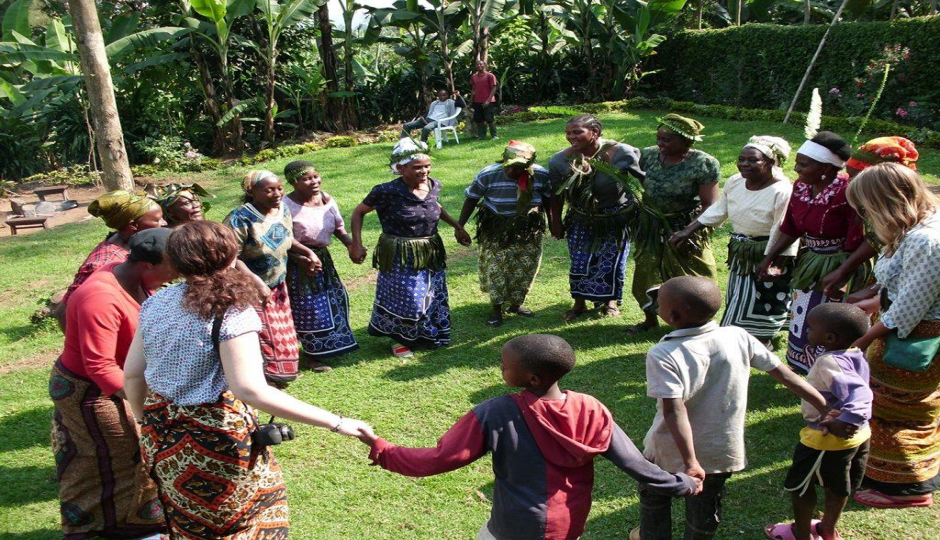 Chagga are located in north part of Tanzania , the lives around base and slope of Kilimanjaro. The Chaga also called Wachaga, Chagga, Jagga, Dschagga, Waschagga, or Wachagga) Their relative wealth comes from not only the favorable climate of the area, but also from successful agricultural methods which include extensive irrigation systems and continuous fertilization practiced for thousands of years. They were one of the first tribes in the area to convert to Christianity. This may have given them an economic advantage over other ethnic groups, as they had better access to education and health care as Christians, E, Christopher (2002), P. H. Gulliver (1969).

Early migration patterns of the Niger–Congo Bantu's led the Chagga to settle in the North Pare Mountains. This is the Home of the ancestral chagga . The population growth by about eleventh or twelve century led a number of people to begin looking for a new land on which to live. They found it on the nearby and, in those days, still heavily forested southern and eastern slopes of Mount Kilimanjaro. The movement of the early chagga banana farmers to Kilimanjaro set off a period of rapid and extensive cultural amalgamation, by

Chaga grows banana, potatoes,yarm beans, peas, red millet and bananas.Traditional food for chagga is Mtori, kitawa, Macharali, Ng'ande, Kiumbo, Ngararimo, Shiro, Ndafu. The chagga brew a delicious drink called Mbege, which is made of millet and bananas and left to ferment for 10 days prior to festivities.

Traditionally, the Chagga marriage ceremony was a long process, starting with betrothal proceedings and continuing long after the couple was married. Bridal payments were made over the wife's lifetime. Today, Christian couples are married in churches. There is much drinking and feasting throughout the marriage negotiations and celebrations. The groom builds the house where he will live with his wife after marriage. After the birth of the first child, the husband moves into a tenge (hut) where he was living with one bull to show his wealth, and the mother lives with her children. Chagga couples have an average of six children. Great importance is placed on having a son to continue the lineage. The ruling system of chagga were divided according to province example Mangi sina of kibosho, mangi Rindi of moshi town etc. Mangi are great chiefs that govern largely clan-based states. The great Mangis controlled chaga affairs even during the oppressive and depressing colonial times, even though some ethnic groups did not have such control. It was also during this time that the Chagga held an election in 1952 to elect Mangi Mkuu, (Chief of all Chieftains)' to look after their affairs and speak on behalf of the chagga people.

Traditional Chagga instruments include wooden flutes, bells, and drums. Dancing and singing are part of almost every celebration.

The traditional faith was based around belief in a god called Ruwa. Ruwa was a tolerant deity who, though neither the creator of the universe nor of man, nevertheless set the latter free from some sort of unspecified incarceration. Ruwa had little to do with mankind following this episode, however, so the Chagga instead worshipped their ancestors, whom they believed could influence events on Earth. Christianity was introduced to the Chagga people in the middle of the nineteenth century. By the end of the nineteenth century, both Protestants and Catholics had established missions in the region. With the adoption of Western religions, traditional Chagga beliefs and practices have been reduced or adapted to the new Christian beliefs. Islam was introduced to the Chagga people by early Swahili caravan traders. Islam brought a sense of fellowship not only with the Chagga of different regions, but also with Muslims of other ethnic groups.

Traditionally, the Chagga made their own utensils, mainly from wood. These items included small bowls, huge beer tubs, spoons, and ladles. Iron items included bells, ornaments, hoes, and spears. The Chagga also made their own weapons and animal traps. Chagga musical instruments include wooden flutes, bells, and drums. Basket weaving was also common. This art is now dying out as more items are bought at local stores.